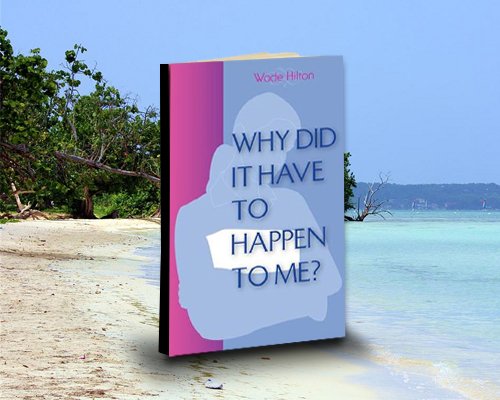 Why did it have to happen to me?
Wade Hilton

Why Did it Have to Happen to me? has turned itself into the Aubre Auld story. This came about a couple of years after a group of teenage girls rallied behind the book and decided to make it into a sort of icon for themselves. The Aubre Auld Story as they're now calling it at many schools and shelters for rape victims is a little anecdote about a fifteen-year-old girl who accepted a ride from a stranger at the restaurant where worked part-time. Instead of giving Aubre a ride home as was agreed upon, the man took her to a dark and unknown section of town and raped her. After the ordeal, which lasted for a few minutes, he abandoned her and took off like a bolt of lightning. luckily enough a policeman came to rescue and took Aubre to a center for rape victims where her case was registered. After not seeing any reaction from the police, she'd waited for months, Aubre and her best friend Penny decided to track down the rapist, Charlie Dewey, as they found out later from a boy who sent them to Rick's Auto Boutique. After searching as competent detectives do, Aubre and Penny finally caught up with Charlie, but the police refused to arrest him on grounds of insufficient evidence. However, they asked Charlie to go the police precinct and file a report as to his whereabouts on the night of the rape, but to their surprise he never showed up, as more and more girls and women call up to denounce him for raping them. By then, Aubre could do nothing but wait and hope to find him again. She finally did, but in a situation that will leave the reader agape.

Click on the link to purchase Why Did it Have to Happen to me? and find out how things turned out. 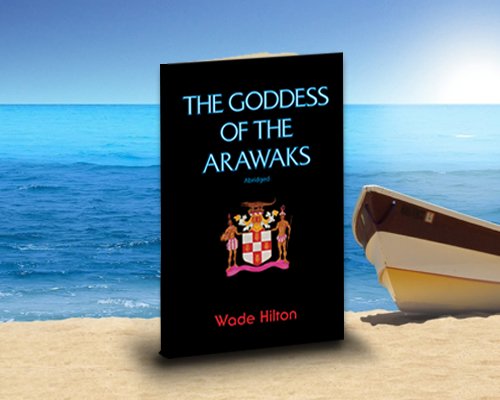 This version of Goddess of the Arawaks is practically the same as the original one. It was created with the intention of satisfying the erotic taste by splicing in some explicit sex scenes befitting to certain parts of the book. My husband didn't take long to accept the idea when I suggested it to him. You see, after reading the original version, I fell in love with Molly and Dereck and thought that the intense bond they had in sex-energy would make the story more enticing for people who believed in this kind of energy.  It worked because right after the abridged version was published, a lot of people started congratulating us for the superb splicing of the sex scenes. I remembered quite well that an old lady from one of the Baltic countries called up husband told him that it was the most wonderful book she's ever read. 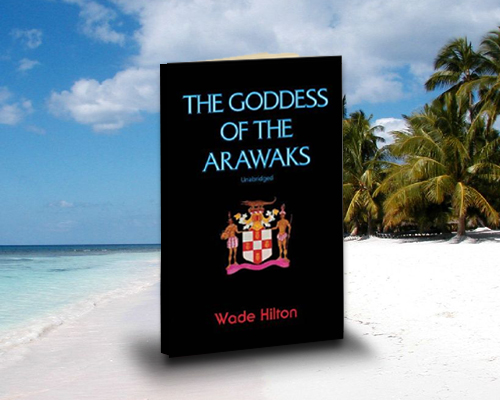 It didn't take long for beautiful Molly Taylor, the goddess of the Arawaks, to realize that the young entrepreneur, Dereck McDonald, was just as madly in love with her as she was with him after she made her second visit to his restaurant, The Soup Kitchen. A spark had kindled a flame between the two of them after having confessed their need to one another of finding a person to live for and care about and start a family with, a flame that evolved into a burning love, a love that took them to the climax of their sex life. When Molly and Dereck touched each other for the first time, little did they know that they would come to harness and transmute the greatest emotion of all time--sex-energy. But they did. As Molly and Dereck began to explore the joy of this emotion, more and more they began to develop keenness of the imagination, courage, persistence, and the power to put into use their creative ability. There was nothing to stop them after this as they began to set and achieve one goal after another. The power of sex-energy had taken hold of them and revealed its secret to them, the secret of transmutation. Come find out what it's all about. It's worth the while. You won't regret it. Hilton's novel, The Goddess of the Arawaks, does not only show you explicitly how to enjoy a healthy sex life but also how to channelize the creative energy involved in the most powerful emotion God has given us. This book is destined to change your life if you touch it. It's a page-turner. There's no stopping you from finishing it if you start it. We dare you give it a try. 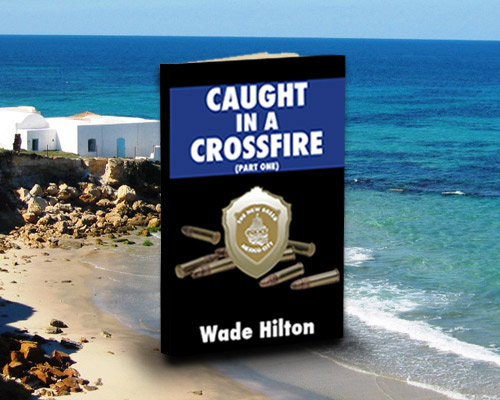 Caught in a Crossfire (Part One)
Wade Hilton

I consider this to be one of my best books because it is fast-paced and full of action. I did not intend it to be about cops as most people think after observing the front cover. That only goes to show that you cannot judge a book by its cover for this one is about a passionate love story between two people, one of them being a cop, who were prohibited to fall in love. However, they defied the rules and turned their story into one that is unmatched when it comes to love. When Beth and Oscar met, they fell in love at first sight and thought that everything would be a bed of roses for them thereon. Blinded by love, they did not take into account their different social and cultural backgrounds until they started running into one hurdle after another which, instead of hurting them, strengthened their love to such

heights that it made them go out of their way to find a denouement to their problems. After the first few hurdles were taken out of the way and Beth and Oscar got married, they began to learn that life always carries with it a lot of obstacles. This did not affect them. On the contrary, it made their love grow stronger and stronger as they revealed an intense pursuit to live their best life, until tragedy struck at the climax of their affair. 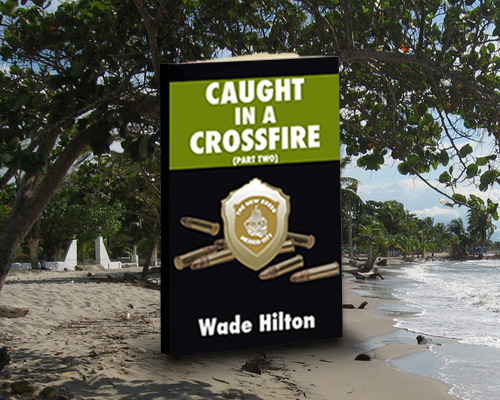 The power of love between Beth and Oscar made them overcome death's sentence and reach great heights and the peak of success. All they had to do now was sit back and enjoy it. And they did, by giving it away to the poor and needy, and especially to the children of the world. Stories like this one are strange to understand for people like Beth and Oscar will go out and work their fingers to the bone, then turn around and donate all their blood, sweat and tears to a group of people or a cause. It seems as if there are a lot of people who enjoy doing that. And although it might seem unbelievable to quite a few, I can see a certain kind of enjoying in fighting to get something then give away to enjoy it even more. That might not make sense to many people. but to a handful, it might cause a certain kind of pleasure, a certain kind of joy in giving away what one has earned to turn around and make a challenge in doing it all over again. 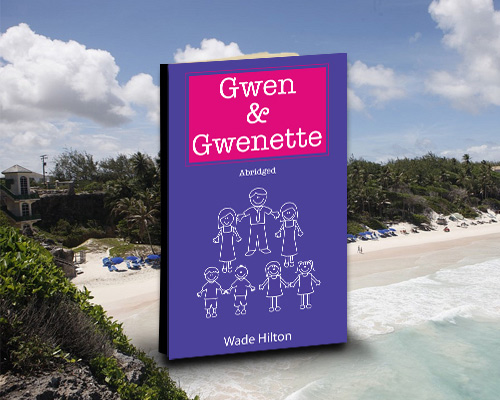 The abridged version of Gwen and Gwenette is practically the same as the unabridged one except that it was created with a number of specific sexual scenes for a more erotic taste. Hilton has once again added to the new genre he's created in Goddess of the Arawaks by splicing some wonderful explicit sex scenes into the original version of Gwen and Gwenette, the book about the two girls who grew up as sisters and came to share everything. It wasn't hard for them to do what they did for they wanted to have a great big family as they came to call it after the proposal was sealed. 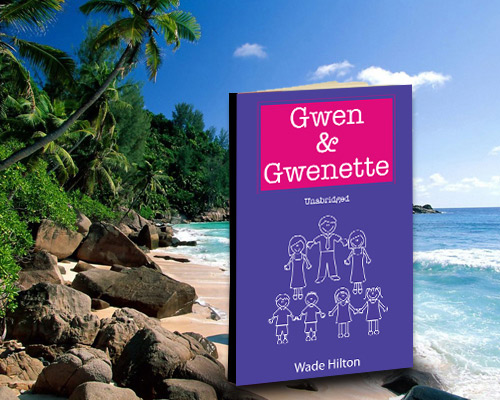 This is the original version of Gwen and Gwenette, the book that I started writing from my Freshman year at Loyola College as it was called in my days. I remember quite clearly now how most of my colleagues began to refer to the idea as an uncommon proposal, nothing they had ever heard of before. And although I didn't finish the book until years later, I still recall those moments when I would scribble notes on any piece of paper that came in handy. Today, after all these years, I would really like to take this book, the unabridged version, back to my old school where the story all started. This version, as my friends and fans already know, was the original one in which, after my wife made the suggestion in Goddess of the Arawaks, I spliced in the sex scenes to create the abridged one. I sincerely hope my readers will enjoy this book for as much as they've enjoyed the other one. I'm saying this because this version has not sold as much as the one with the sex scenes. 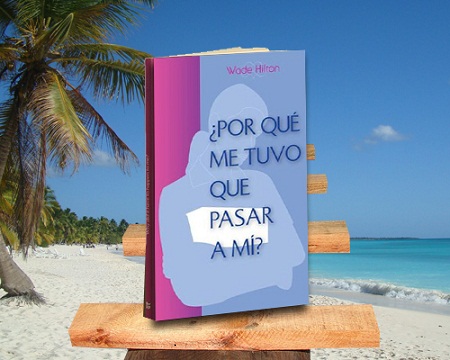 From free to full-service, CreateSpace offers book publishing options to meet your needs and budget. Sign up free now.

Page Rank Checker - A free tool to check the page rank of any web site easily, without the need to install Google toolbar. This tool also allows you to display the page rank value of your web site right on your web pages.

TubeLaunch is the hottest way to make money online right now. All you have to do is upload your own or ready-made videos to YouTube and get paid for it. You can't miss out on this!

Have your say about what you just read! Leave me a comment in the box below.
[?]Subscribe To This Site